[A] Compared to most scientific
specializations, the field of ecology is relatively
young. It was only in the 18th century that a group of
scientists began investigating the relationships among
organisms, their biotic communities of flora and fauna,
and their abiotic environments. You can think of
ecology as a nexus where the disciplines of biology,
geology, hydrology, botany, and others converge in an
attempt to make sense of the complex systems that give
rise to, support, and respond to a given organism.
The early years of ecology were marked by
substantial theoretical divisions. Of these, none has
received more attention or been more formative to the
development of the science than the Clements-Gleason
debate of the early 20th century. At the center of the
debate is a weighty question: What is the most useful
and accurate way to model ecological systems?
The Clements-Gleason debate offered two
radically different answers to this important question.
Frederic Clements, a botanist at the Carnegie
Institution, was among the first to proffer a theory
regarding the character of ecological systems. Often
referred to as the “superorganism theory,” Clements’
contribution urges us to imagine each ecological
community as a large, self-contained, self-regulating
organism. [B] To Clements, the separate
populations of plant and animal species in a given
community act like the organs that comprise one large
body. Each “organ” performs a function that promotes
the health of the “organism” as a whole.
[C] Clements suggests that as a result of this
superorganism structure, ecological communities are
able to respond to and recover from powerful
disturbances such as wildfire and flooding. So long as
each “organ” performs its task, ecological communities
have the ability to withstand disturbances through a
predictable sequence of growth, climax, and recovery.

[1] Henry Gleason dismissed Clements’
superorganism theory as a dramatic overreach.
[2] According to Gleason, ecological systems lack
the definitive boundaries necessary for us to perceive
them as superorganisms. [3][D] Instead, he
suggested, we should think of ecological systems as
loose associations of individual factions, by and large
lacking both organization and integration. [4]
Ultimately, Gleason paints a picture of ecological
systems defined by complexity and contingencies: the
ever-changing associations among individuals and
species are momentary coincidences.
Present-day ecologists typically embrace
theories that are more data-driven and narrower in
scope than these early contributions were. And yet, the
Clements-Gleason debate continues to fuel ecologists
with serious phenomenological food for thought about
ecology.

It is possible that no debate in the history of
scientific theory has been so overblown and
misrepresented as the Clements-Gleason debate regarding
ecological systems in the early 20th century. [5]
Unwilling or unable to frame a more nuanced discussion
around ecological systems, ecologists continue to rely
on the Clements-Gleason debate as a crutch for
answering any number of questions, some of which might
not even be relevant in the modern era.

To begin with, calling the juxtaposition of
these early scholars’ ideas “a debate” might be an
overstatement. Certainly, Clements and Gleason voiced
disagreements about the finer points of ecological
systems, but the two largely agreed on several major
theoretical points regarding plant succession and
ecological disturbance. [6] In both cases, the works of
Clements and Gleason have been effectively boiled down
into pithy phrases and misleading quotes extracted
from larger, more sophisticated volumes of thought.
[7] But of course, points of agreement rarely make
for grabby research paper titles, and scientists love
nothing more than heated debates involving theory.
[8] Secondly, there is a serious discussion to
be had as to whether the ecological question at the
center of the debate still has pertinence in our
contemporary ecological era. Now that human communities
have radically altered virtually every ecological
system by extracting resources and developing urban
infrastructures, are there any “natural” ecological
systems left for us to study? If there aren’t, what is
the utility in creating analogies to ecological
communities from a bygone era, even if we are willing
to accept them as once accurate? To continue hanging
onto outdated debates centered around pristine
realities is to refuse to live in and adapt to the
ecological challenges of the 21st century.

I believe we should call the Clements-Gleason
debate what it is—an ecological rabbit hole that was
interesting in its time but has outlived its
usefulness—and instead shine light on our new
environmental reality, making room for the sometimes
overlapping, sometimes contradictory theoretical
discourses that collectively help us view our subjects. 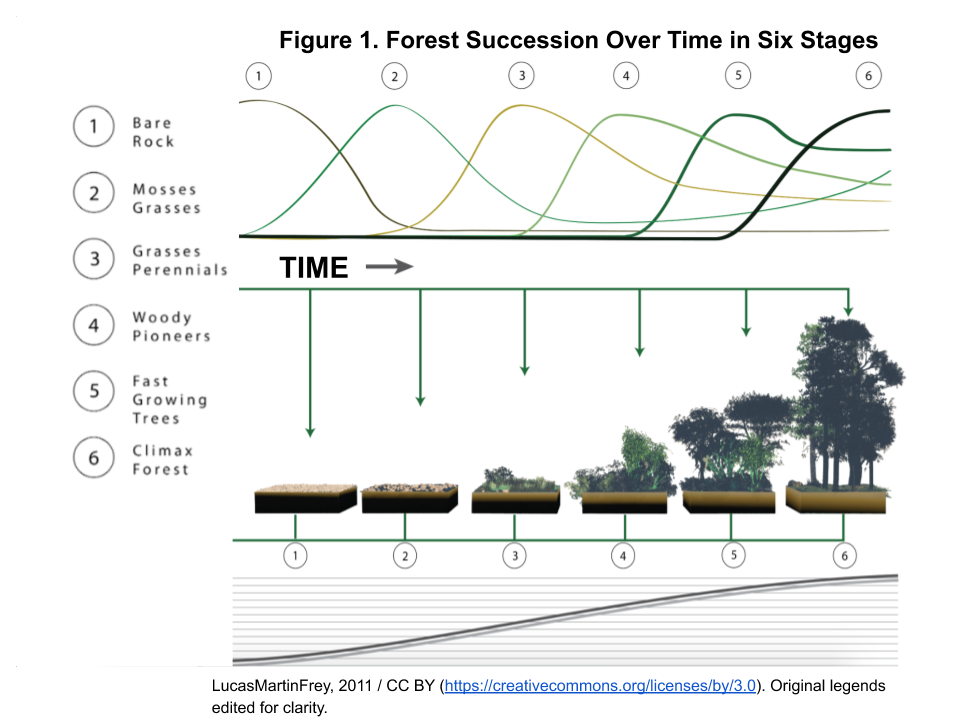 Choose the option that best answers the question. The answer will be hidden until you finish the diagnostic.

As used in line 7, “nexus” most nearly means

Note: Though the question in the Video Explanation might be worded differently (that is, without references to line numbers), the content of the question is the same.

The keyword we need to note in order to come up with a definition for “nexus” is the word “converge” in the same sentence. If ecology is a field of study where so many disciplines converge, then it stands to reason that a nexus is a point where different things come together. For this reason, “link” is the only word in our answer choices that makes sense.

There aren't any related lessons for this question. Feel free to use the Help tab to ask our experts if you have questions.